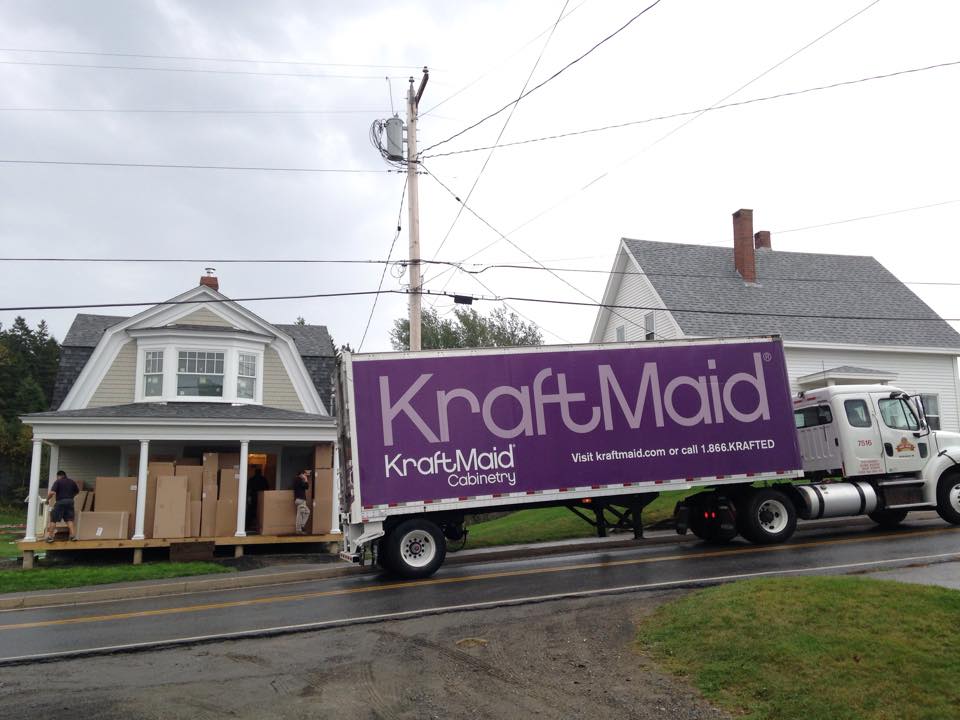 Cabinetry arrived at Sea Cove Cottage. As you may know from Part 1, Sea Cove Cottage is the 1,300-square-foot home of Steve Thomas – the current Habitat for Humanity ReStore Spokesperson and former Emmy-Award-winning host of This Old House and Renovation Nation.

As a long-time friend and professional associate of KraftMaid, Steve asked us to help him design and install cabinetry for a cottage in Maine, where he and his family plan to live during the winter months.

With so many size options to choose from, Steve was able to create built-in bookshelves for his library using KraftMaid cabinetry. “The bookshelves look custom-made for the space,” he says. The shelves were ordered straight from KraftMaid’s catalog, making them less expensive than custom cabinetry. “It’s a really good cabinet for the price,” says Steve.

A reading nook was not part of Steve’s original plans. It was inspired by the neighbor’s daughter, who thought the small space under the eaves of the roof was a cozy spot to play with her dolls. Steve says, “A lot of what makes a project fun is being able to discover design possibilities.” The built-in bench seating with storage and a nearby reading lamp makes great use of the limited space in the house. “This is the kind of space that captures the imagination.”